Have you heard the term Victory Garden but not sure what it means?

During WWI and WWII food rations were limited to citizens. Tin supply from Malasia was cut off. We were encouraged, by the government, to plant gardens, anywhere we could. What was the purpose of these gardens? It was to help save tin and limited foods so they would be able to sent them to the soldiers who were fighting. Some of our allies also relied on us to feed them. The thought process was that if we could plant our own food, even a little bit, it would be that much less that needed to be provided by the national resources. It was the American people’s way of helping win the war. Posters and pamphlets were made promoting these victory gardens. You could send away for free books teaching you how to garden and can your own food.

This strategy worked! Victory gardens started popping up everywhere; rooftops, balconies, empty lots, school yards and window boxes. People were growing and canning a lot of their own foods.

By 1944 Victory Gardens were responsible for producing 40% of all vegetables grown in the United States. What happened between then and now?

After the war, these victory gardens stopped being promoted and people went back to convenience and what was available to them without all the extra work.

Think back to photos of our grandparents back then. Why do we not see lots of overweight people back then? Gyms were not big back then. People did not drive to the gym and workout.

They didn’t sit around and watch TV all day. They worked either outside the home or in the home. And they worked! But, more importantly, most of them made their own food. They made bread. and cooked meat and vegetables, some of which were grown locally if not by themselves.

Did they go out to eat every night? I doubt it! I know even when I was younger, going out to eat was a very special occasion. We got to go out for dinner for our birthday. That was pretty much it.

How I Grew Up

When I was younger, we had a garden. I’m not talking about a little 8×10 patch of grass. I am talking like an acre of land with any vegetable you could think of. Plus the back field was full of corn and potatoes. As kids, my sisters and I grew up weeding, picking, canning and freezing. We had chickens and pigs and cows that we’d raise and send off to be butchered. My aunt’s farm a mile down the road is where we’d get our milk. It was raw milk, with the cream at the top. You’d have to shake the jug to mix it up before you drank it. None of this stuff had garbage and crap added to it. Sugar wasn’t added to everything like it is now.

Mid to late 80s things started to change for me. I turned 16, had a job, had a car and started going out more. I ate at home less, and even for home I’d buy my own snacks. So, I was already on the road to being very overweight. In ’89 I met Don. What do you do when you go out on a date? Dinner and a movie, right? So, we’d go out to eat a lot. Marriage, pregnancy, working night shift while he worked day shift, kids that play sports and/or are in activities, it all adds up. No sleep plus no time is never good. Convenience wins over healthy.

Since starting keto, I’ve gone back to healthy. We don’t go out for dinner a lot. We certainly can. There are tons of things you can have when you eat keto and go out for dinner. But, I’d rather make it myself. I want to know what’s in the food I’m eating. We buy our meat from a farmer down the road. I know what he feeds them. This year we are adding a pig to the freezer from the same farmer. Last year I did potted plants on the deck. Yes, it was a horrible year for rain, and not much survived, but we did get some out of it, even after the rabbits took their share. This year I will be doing more. I’ll make my own bone broth out of the bones and freeze it. I will freeze vegetables that I grow myself.

I will have my own Victory Garden. For me, the victory is in me gaining back my health and my life! 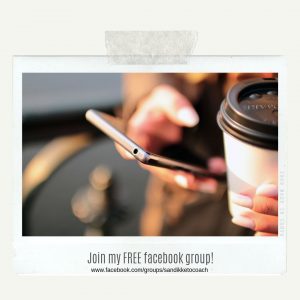